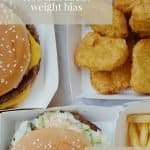 The first time I really registered that I had internalised weight bias, I was sitting in a massive room full of my peers and colleagues at an eating disorders conference.

To say that it was an uncomfortable realisation was an understatement, especially because in the past, I had taken the Harvard Implicit Bias Test for weight and the result came out suggesting I have “little to no automatic preference between thin people and fat people”. The question posed during the conference session was (I am paraphrasing for the ease of reading):

“Imagine you are 50 kilograms heavier than you are right now. Would that have an effect on your health, your relationships, your job/work situation, your social life?”

And then we were asked to raise our hand if we thought these areas of our lives would be better, the same, or worse with that weight gain. I wonder what your answer would be? But before we continue, let’s rewind things a little and get on the same page with some terminology.

What is weight bias?

We each hold a set of socially informed attitudes, beliefs, assumptions and judgments people hold about individuals based on their weight or body size. We learn these beliefs from family, friends, the media and the culture in which we live. These are our biases.

An example of weight bias would be a doctor who assumes that their larger-bodied patients eat a lot of fast food.

What is internalised weight bias?

Internalised weight bias refers to how we, as individuals, adopt attitudes, beliefs, assumptions and judgments in favour of thinness and against fatness.

An example of internalised weight bias would be a larger-bodied person believing that because of their body size, they must be eating too much fast food.

Holding these attitudes, beliefs, assumptions and judgments might seem harmless, but the way we internalise the stories we hear about bodies and weight can also affect how we treat our bodies, ourselves and others. 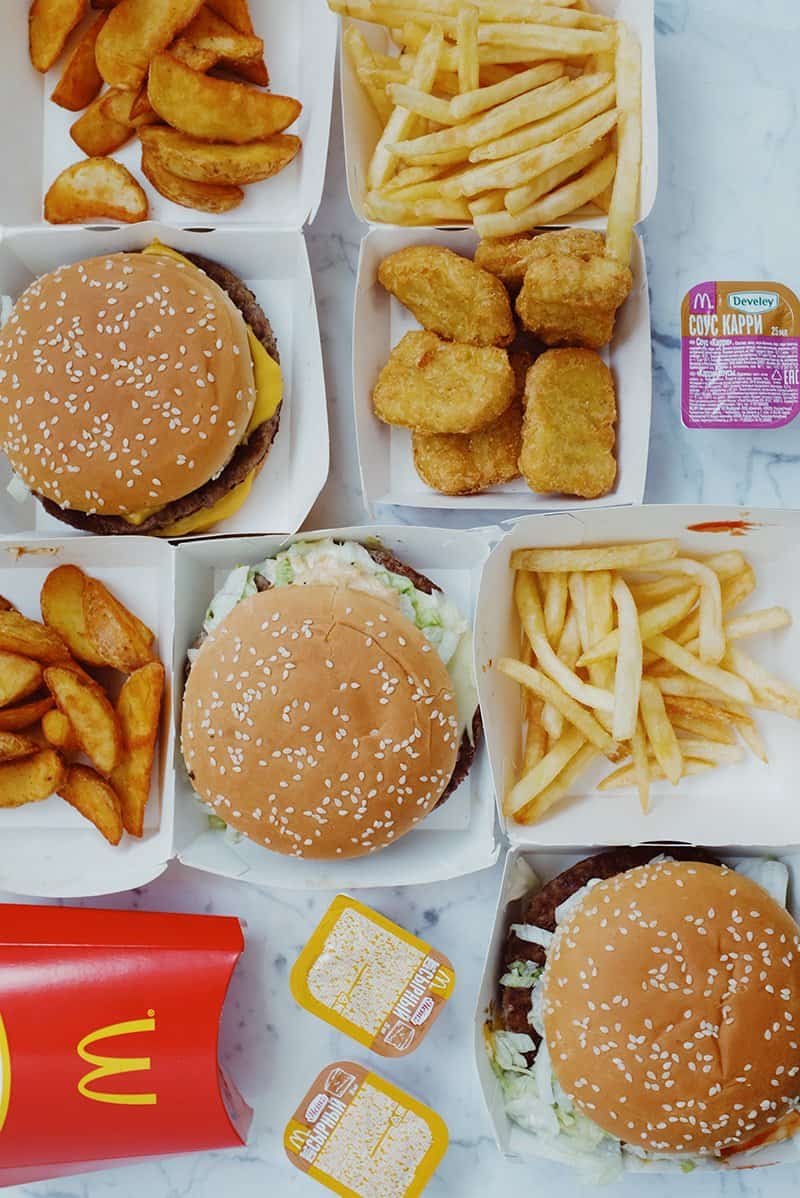 What beliefs and assumptions do you hold about the food in this picture along with the ‘type’ of person who eats it?

What is weight stigma?

Weight stigma is how people are included or excluded in society based on their weight. Like with weight bias, weight stigma typically refers to how people with higher weight bodies are excluded from many facets of society including the built environment (such as planes, movie theatre seats, bathroom stalls), healthcare and fashion. You can read about some specific examples of weight stigma here.

An example of weight stigma would be a doctor prescribing a diet for weight loss when a larger-bodied patient says they are concerned that the feel out of control eating pizza, but when their smaller-bodied patient has the same concerns, the doctor screens for an eating disorder and talks to the patient about referrals to a dietitian and psychologist.

What is internalised weight stigma?

Internalised weight stigma is a person’s belief that they deserve the exclusionary treatment they experience as a result of their body size.

An example of internalised weight stigma would be when that larger-bodied patient accepts their doctor’s prescription of a weight loss diet, rather than pushing the issue; believing that they will only be worthy of appropriate treatment for their out of control eating when they have achieved a smaller body.

Am I a bad person for having internalised weight bias?

So, getting back to the original hypothetical…

As I sat in that conference plenary session, really thinking about the question that had been posed, I couldn’t deny the fact that all of those areas of my life would be worse if I gained weight.

I know I would receive poorer healthcare.

I know people would question my skills and ability as a dietitian.

I know I would find it much harder to clothe my body.

I know I would be subject to more trolling and that people would take my “word” less seriously online.

I know that all of those things (plus dozens and dozens of others), cumulatively, would have a negative impact on my physical, mental and emotional health.

I know all of this because of how I have learnt the world treats people with higher weights or bigger bodies.

I also know that my life would be a lot easier if my body conformed more to the thin ideal (I write this as someone who is increasingly subject to weight stigma).

It makes sense that I would prefer not to be subject to all of that discrimination and harm.

And this is how I have internalised weight bias.

But does having internalised weight bias make me a bad person? If you also feel the same, does it make you a bad person?

We are not born with internalised weight bias.

It is something that we learn and develop from living in a culture that has a preference for thinness and a deep and strong preference against fatness.

However, just because we shouldn’t feel guilty about having internalised weight bias, it doesn’t mean we should accept it as the status quo.

Because recognising we have internalised weight bias but shrugging our shoulders as if to say, “But it’s not my fault”, means as a society we continue to perpetuate the discrimination and harm.

Now that I have realised I still have work to do myself, I take steps to recognise and name my internalised bias for what it is, when it appears. And rather than judging myself harshly for it, I offer myself some compassion while at the same time strengthening my resolve to eliminate that bias. I invite you to do the same.

Because it actually shouldn’t be about life being easier being in a smaller body. It shouldn’t be about each and every one of us conforming with that societal pressure. As Virgie Tovar says; “Life would be easier if this culture wasn’t obsessed about oppressing me because I’m fat. The solution to a problem like bigotry is not to do everything in our power to accommodate the bigotry. It is to get rid of the bigotry.”

Am I a bad person for having internalised weight stigma?

Once again, the answer is, No. Absolutely not!

When you are excluded or mistreated based on your body size, it is never ever your fault, but it is so easy to feel like it is. After all, our entire culture wants us to think that we will only deserve to be treated well when we conform to the thin ideal.

The most important thing to remember is that you and your body deserve to be treated equally and with respect at all times.

And as someone who works in healthcare, I really want you to know that you can demand inclusive, respectful care from your providers and if you don’t get that, you can fire them!

If you are looking to create your team of weight-inclusive providers check out:

Association for Size Diversity and Health

* To be clear, this actually has nothing to do with body size or weight at all, but more about not wanting to be treated terribly.

Lee MS et al. Internalized weight bias and psychological well being: An exploratory investigation of a preliminary model. PLoS One 2019; 14(5)