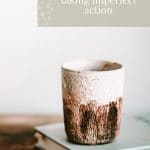 This idea of imperfect action isn’t original. I came across it in an article about overcoming writers block with blogging. And after a bit of digging, I found that it is a concept that is talked about often in the world of business and entrepreneurship.

But as I was reading about this idea of imperfect action, I thought it fit, well….perfectly (groan, yeah I know!), with Intuitive Eating and the Non-Diet Approach. 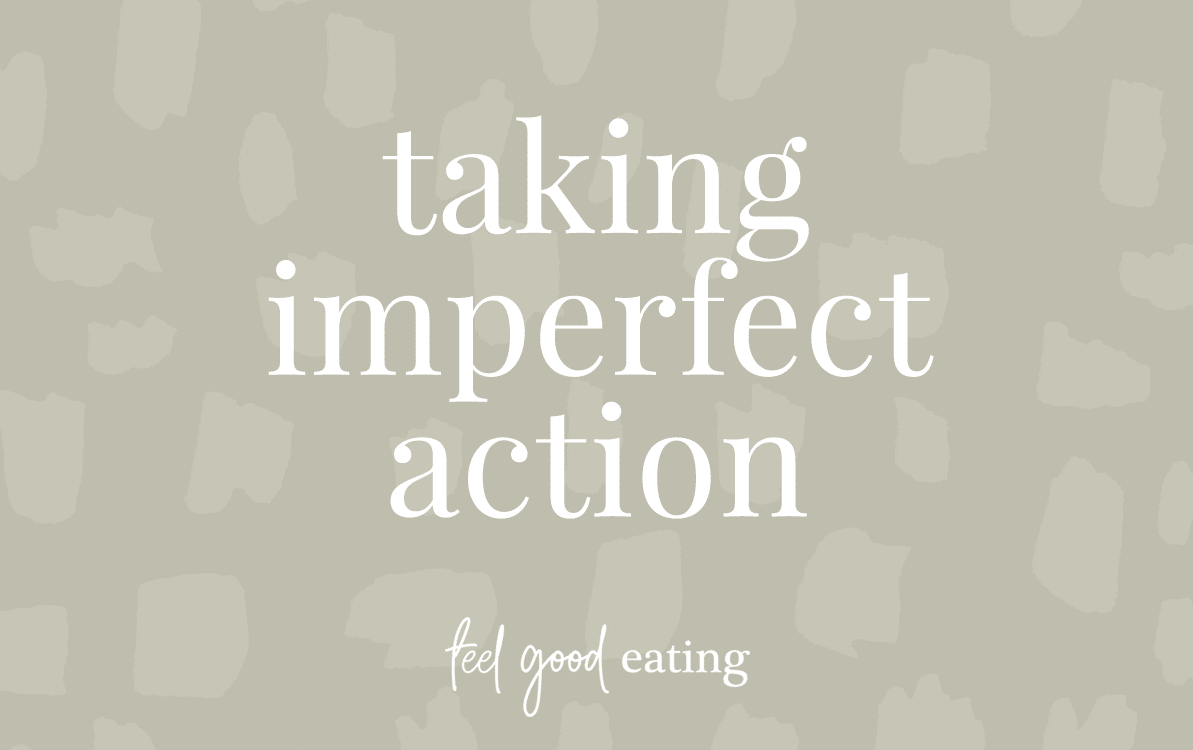 See, it is super common for people to come at Intuitive Eating having been, at best, tainted, and at worst, heavily influenced, by diet culture.

And as I have mentioned before, dieting and diet culture really encourage black and white, all or nothing, perfectionistic thinking. Which means, the default position people approach Intuitive Eating with is perfection.

It has to be something to get right.

However, the belief that Intuitive Eating needs to be perfected runs the risk of leading to INACTION.

Either because “I can’t fail if I don’t try”, or, after having toe-dipped into the hard work, people find themselves stuck spinning in their frustration about not getting it perfectly right; until the idea of a Non-Diet Approach and Intuitive Eating feels too darned hard (much like everything they have tried when they were actively pursuing weight loss).

The biggest reason to take imperfect action is that there is no such thing as failing or getting it wrong when it comes to Intuitive Eating and the Non-Diet Approach. Everything you try, everything you eat, every bit of movement, everything you get curious about, no matter the outcome, provides you with valuable information to inform your ‘practice’ in the future.

Whatever action you take, will allow you to learn more about yourself – what you truly enjoy eating, what foods feel most satisfying in your body, how you react in different situations.

action, even if it is imperfect, generates momentum and builds confidence

Intuitive Eating is a long game. There are no quick fixes. And as I talked about here, the path to becoming an Intuitive Eater, especially in the beginning, requires a lot of deliberate practice.

So, any amount of action, without the pressure of being perfect, will spark confidence, which will have the knock-on effect of creating momentum to take more action, which breeds more confidence…and so the spiral upwards to body acceptance and food freedom continues. 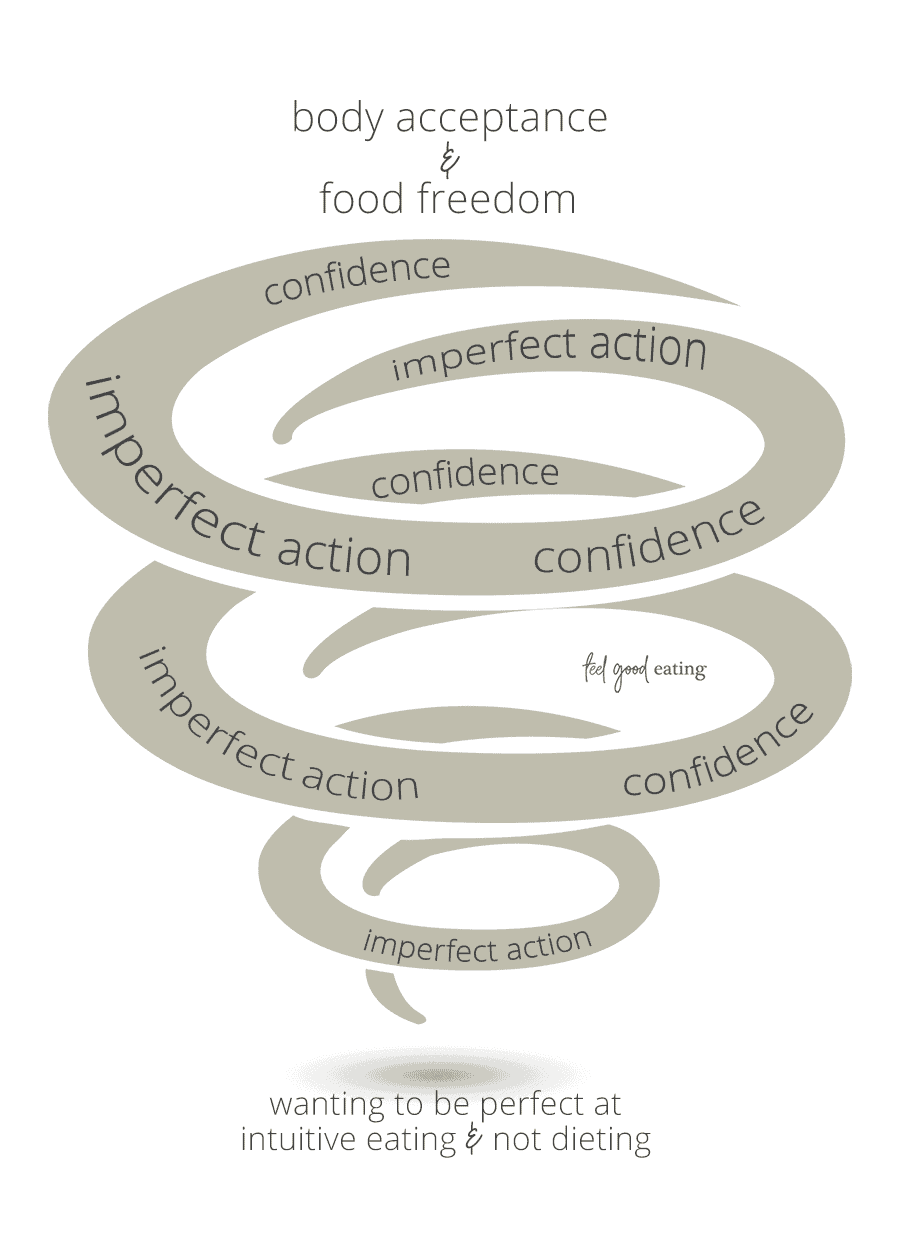 how to take imperfect action

Let go of the idea that there is a perfect way of becoming an intuitive eater. Embrace the idea that everything you do or try will provide you with the opportunity to learn something more about yourself.

stay in your lane

Comparing where you are to other people’s Intuitive Eating ‘journey’ is a sure-fire way to get pulled into a downward spiral of perfectionism, judgement and self-doubt.

Just like failure doesn’t exist, neither does a text book version of the ‘process’. We all come with our own food and body history, our cultural and familial influences, traumas, medical conditions….the list goes on; that it stands to reason that everyone is going to experience coming home to their body and finding peace with food differently.

break the thing down

Identify what you are feeling stuck with and then break it riiiiiight down. For example, a lot of my clients are working on establishing more regular eating patterns. But there are a lot of steps or actions that have to come before sitting down to eat a meal or snack – the food doesn’t just magically appear! So, we break it right down and look for the one small step they can take to move forwards towards regular eating – it might be writing a shopping list, or it might be spending some time thinking about the types of food they enjoy eating.

Or, it could be attempting the thing even though you don’t have everything figured out yet. So in the example of eating regularly, cooking dinner every night may be out of reach, but sitting down at the end of the day to eat something, even if it is a packet of 2-minute noodles, is taking imperfect action towards eating regularly. 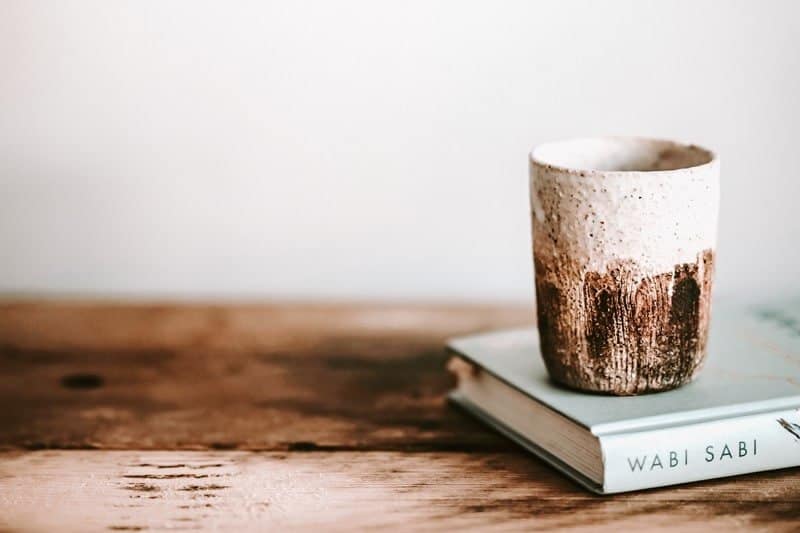 Focus on the here and now rather than the destination – after all there is no final destination with Intuitive Eating. It is not something you arrive at. Staying present and focussing on what you can do right now is not only taking imperfect action but allowing you to practise your mindfulness skills as well.

shower yourself with self-compassion and kindness

Pioneering self-compassion researcher Dr Kristen Neff has a long definition of self-compassion on her website, so here is a lovely concise version from counsellor Jodie Arnot:

“Self-Compassion is treating yourself with non-judgemental warmth and kindness during times of perceived inadequacy, failure, or general suffering.  It involves recognising that as humans we are all imperfect.”

Note the reference to imperfection there!

Here are some kind words you might like to try saying to yourself as you take imperfect action:

what imperfect action are you going to take today?