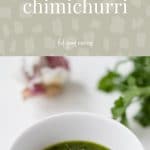 It is literally THE awesome sauce.

In my opinion anyway. 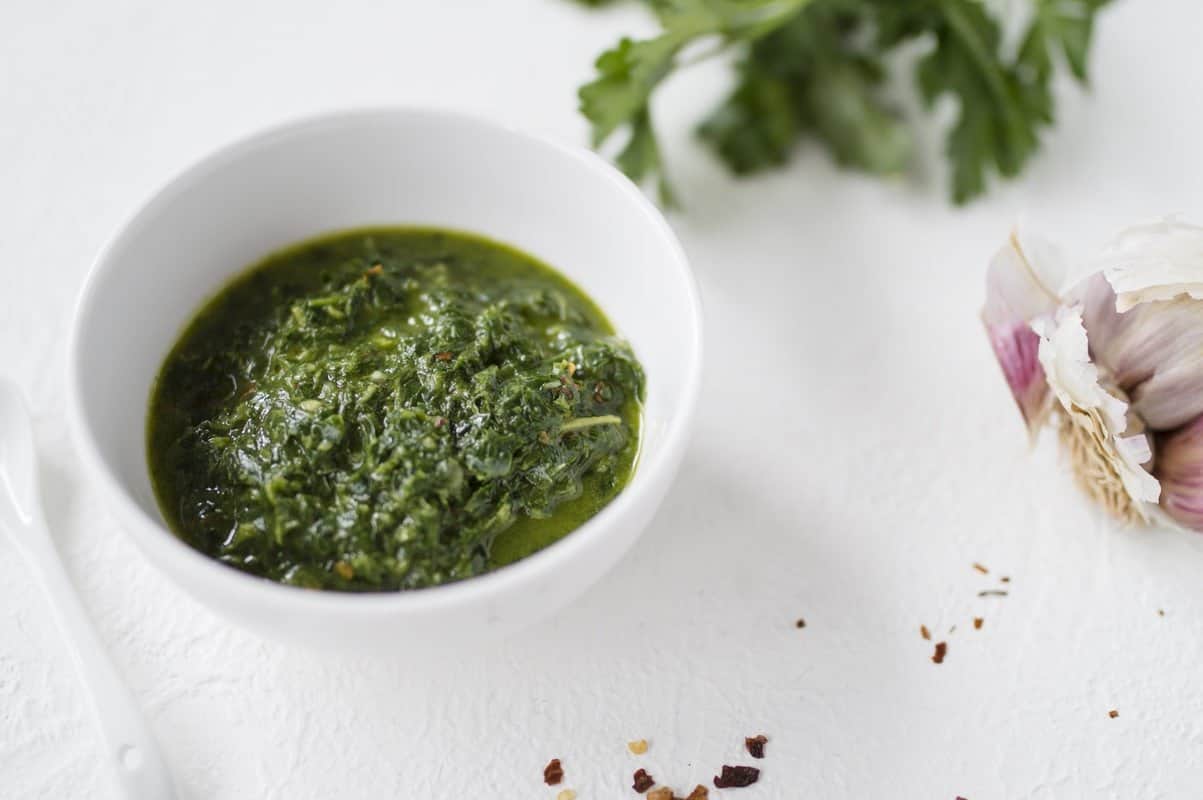 Chimichurri is an Argentinian raw, green sauce. It is herby, zingy, garlicky and a bit spicy and is a traditional accompaniment to steak. But given its awesomeness, it pretty much works with anything – chicken, fish, veggies, eggs. I’m even partial to big dollops on top of my salad.

I first had chimichurri as an accompaniment to a slice of potato tortilla at a Spanish tapas place YEARS ago. And fell instantly in love with it. It had been on my cooking ‘bucket list’ ever since. But I put off making it, thinking it was a complicated traditional recipe.

Well, how wrong was I!? Uhhhh – you literally put everything in a food processor and blitz it. 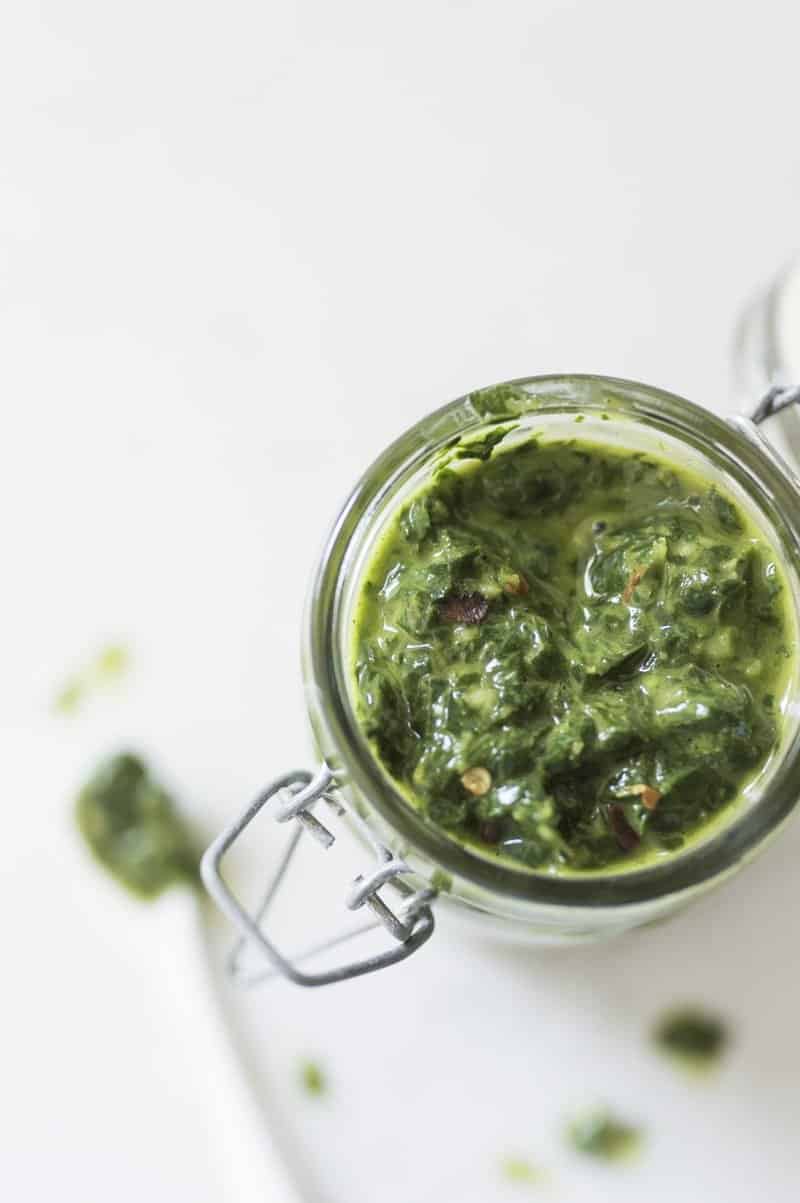 While chimichurri is a simple and VERY quick recipe to make, trust me when I say that while you will be tempted to eat it straight away (and of course you can if you like!), if you let it sit in the fridge for 24 hours before you use it, it will transform to next-level awesomeness. There is something magical that happens over that time that takes it from being fresh and grassy to something deep and complex.

Never heard of chimichurri? You know how people say awesomesauce? Chimichurri literally is THE awesome sauce. A perfect accompaniment to meat, chicken, eggs and vegetables. 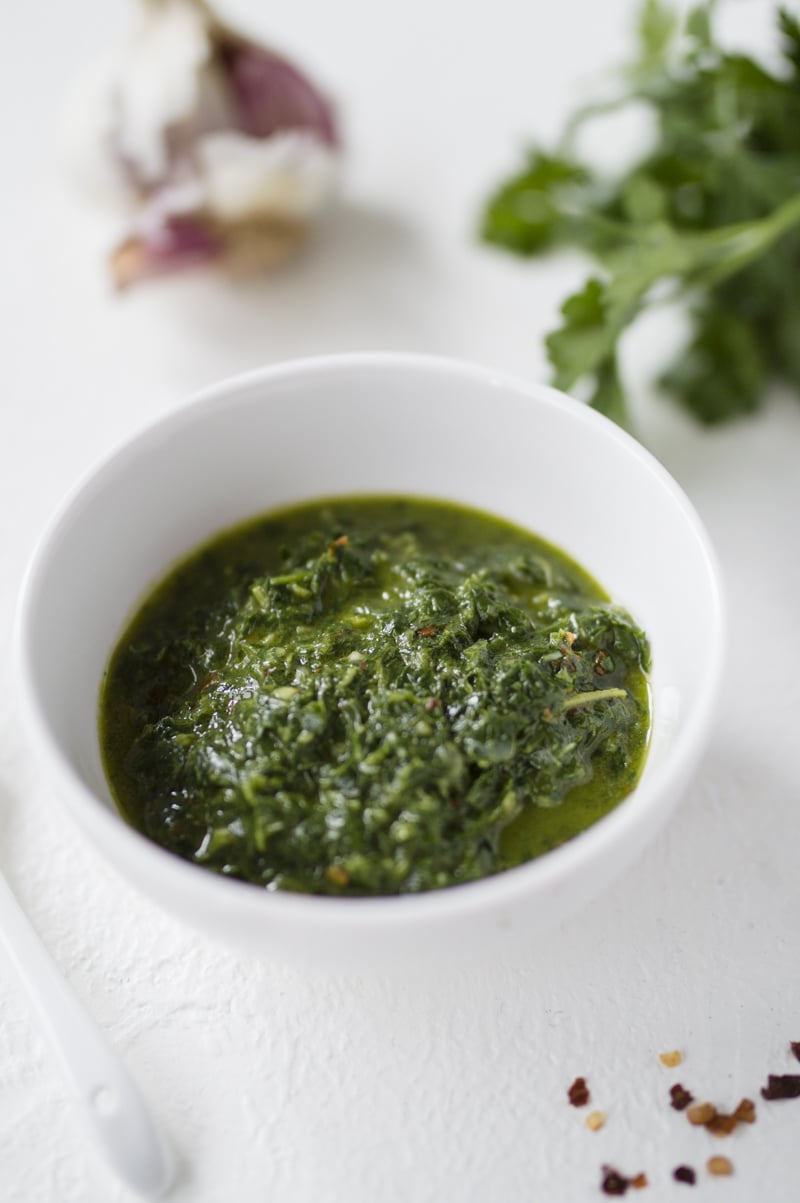 have you put off making something, only to find it easier than you expected?

You know diets don't work...but you are not sure what your alternative is...

My FREE guide: HOW TO STOP DIETING AND 'EAT NORMALLY' can help you quit diets and stop obsessing about food
CLICK TO LEARN MORE AND GET THE GUIDE 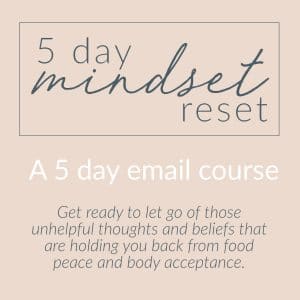